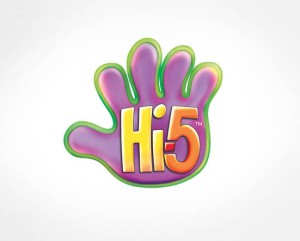 A premier in Dubai, 3 sold out engagements in Manila and a return to Bangkok are high points in Hi-5’s latest live show, Hi-5 House Hits.

Hi-5 is proud to announce that its latest show, Hi-5 House Hits has reached tremendous success with its rapid expansion into Asia and premiere in the Middle East. Hi-5 House Hits toured Bangkok in July for the first time in ten years, performed in Dubai for the first time and achieved three sold out engagements in Manila, which has been running since July and will continue till March 2015.

Bangkok was a testing ground for the show’s expansion in Asia. It was the opening act for Asia this year. The TV series clearly has had a long-standing success as throngs of its young audience turned up to catch Hi-5 live in concert, despite not having performed there in so long.

Manila was an unexpected surprise with achievements of over 20 shows during the three separate engagements. The December show has been selling so well that the tour has been requested to perform an encore in February. Its success also attracted SM Mall in Manila to book the cast for their Christmas show. “The show has proved to be an unprecedented success and the Philippines just seem to be lapping it all up. We are thrilled that Hi-5 fans are travelling from all over the Philippines to catch the shows live in Manila. We had to open up more shows to meet the demands of our young loyal fans” says Greg Suzuki, Hi-5 Sales Director.

Dubai was a natural choice for Hi-5’s premiere in the Middle East. The cosmopolitan city has a huge following thanks to the Hi-5 TV series being broadcasted on PAY TV channel e-Junior. The media was quick to respond with interviews and the cast even made a visit to the Rashid Paediatric Hospital where they were warmly greeted with gushing adoration by the children.

Hi-5 is committed to perform live in every city where the show has garnered a strong following. The show definitely wants to reward their fans as much as possible and the face-to-face interaction with fans provides an unparalleled experience outside of the small screen. “Hi-5 has universal themes such as exploration, friendship, creativity, and learning. These qualities make the show accessible to almost any culture”, says Jared Lim, Chairman of Hi-5. Breaking language and cultural barriers through their catchy songs and dance enable the show to travel worldwide and , many more opportunities for growth and expansion in the Asian and Middle East region, which we are really excited about.”